Digital will change the game for Australian food and agriculture.
posted 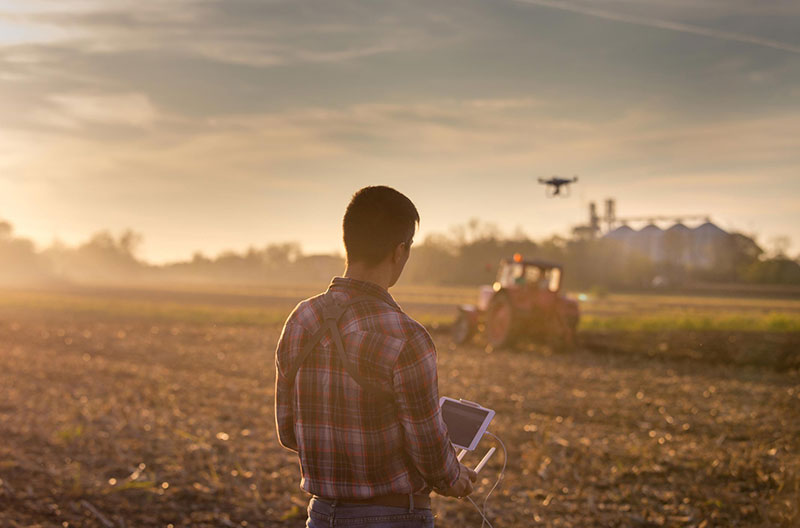 The Australian food system as we know it, is on a path towards the most significant agricultural revolution since the inception of commercial farming back in the 18th century.

The notion of a ‘revolution’ is often too loosely used these days, but I use it very consciously.

A revolution, at its core, is a dramatic and sudden change in practices that bares significant impacts on a function of society and, in-turn, changes the ongoing operation of society as a whole.

At Food Agility we believe that the power of digital will bring this magnitude of cultural and economic shift to the Australian food and agricultural landscape.

Before I talk about what’s happening now, lets take a quick look through the history books to explore the three previous agricultural revolutions.

The 18th century was a period of rapid experimentation and innovation in food production and livestock breeding, leading to the development of various new tools and soil management practices. This innovation was coupled with scientific testing of crop rotations, alterations to timing and duration of fallow, emerging scientific analysis on the use of manures, and other such practices all paved the way for modern agriculture as we know it. Yields increased dramatically, as did the size and scale of farms as they transitioned into their own commercial entities.

This specialisation of agriculture paved the way for urbanisation and the industrial revolution that followed.

The invention of the internal combustion engine, which led to mechanised farm tools in the 1920s, supported further significant operating efficiencies. Farm productivity continued to increase. The reduced reliance on manual labour and horse-drawn ploughing meant that extensive cropping industries emerged and a greater variety of food was introduced into modern diets.

The 1950s and 60s saw an increase in the application of the science of chemistry and the breeding of dwarf varieties of grains. This precipitated the “green” revolution of the 1960s and 70s whereby the use of nitrogen and phosphate fertilisers became widespread and global grain output tripled. Biotechnologies and genetic modification of agricultural goods also became a rapidly growing field. In the 1980s the drive to increase farm land declined due to greater awareness of the negative effects of land clearing and deforestation.

These new technologies led to the ultra-corporatisation of agriculture and food production and launched agribusinesses to new multinational heights.

This brings us to today. We are now entering the fourth agricultural revolution, and what a game changer it will be.

In many parts of the world, the green revolution has left a legacy of over-cultivation and excessive chemical usage, which has contributed to widespread land degradation and the pollution of natural ecosystems.

Producers today are acutely aware of the need for sustainable resource management. They make finely balanced calculations, weighing up the use of chemical inputs with yield forecasting and long-term management of natural capital.

Data, of course, underpins many of these decisions.

And in stark contrast to the previous revolutions in agriculture, this digital movement is going to dramatically shorten, not lengthen, the cognitive distance between producers and consumers. I find this aspect a tremendously exciting development.

The forces of digital will be enjoyed right across entire food networks. From IoT-enabled on-farm machinery that delivers inputs efficiently, to SMART farm management that tracks production in real-time, to Artificial Intelligence that calculates optimal harvest times and informs intermediaries of yield, data will provide revolutionary insights on how best to manage food production.

Post-farm gate, digital information on farming practices will see farm financers placing a dollar value on sustainability. Regulators will be able to monitor and predict food safety threats in real-time. Blockchain-secured transport logistics will deliver food to consumers who can validate food provenance, and the new possibilities of connected agrifood systems continue on and on.

What we are beginning to see is that digital has no boundaries.

This potential for a connected food system forms the aspirations and motivations that drive us at Food Agility.

Together with our partners, we are leading the charge for a digital revolution in food production and supply. Through agile and design-led methods, we match industry challenges with leading minds and cutting-edge technologies to deliver solutions that will shape the future of food in Australia.

I look forward to sharing this journey with you, and invite you to strap yourself in for the ride.

Why do we need a Farm Data Code?

Tweets by foodagility
Learn how we work
Related Project:
Watch our videos
Subscribe to our newsletter
the latest...
News

Food Agility this week launched a suit of tools and resources for partners to be more agile in research.
News

Calculating the value of water for crop, for farm and for community
News